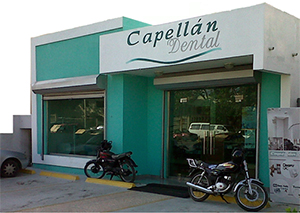 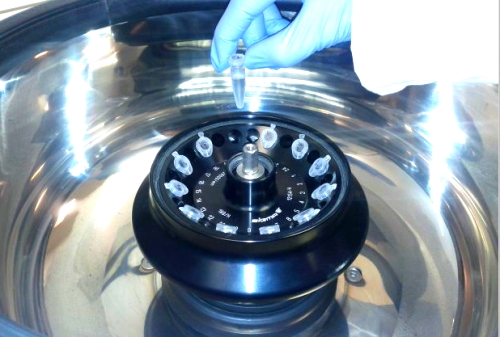 Objectives: The objective of this study was to evaluate new self adhesive resin cements for 1) shear bond strength to dentin and 2) retention of metallic crowns. Methods: The occlusal surfaces of 25 human molars embedded in acrylic bases were sectioned and the exposed dentin surfaces were polished with diamond grit (70, 45, 15 microns successively). Pressed ceramic rods (Empress Esthetic – Ivoclar-Vivadent) 2.5 mm in diameter were etched at the base and attached with self-adhesive cements to the dentin surfaces as follows: Group 1: RelyX Unicem (3M ESPE); Group 2: BisCem (Bisco); Group 3: Experimental resin cement (GC); Group 4: MonoCem (Shofu); Group 5: Multilink (Ivoclar-Vivadent); and Group 6: Embrace (Pulpdent). All cements were applied according to the manufacturers' recommendations. Shear bond strength was tested after 24 hours storage in water using a flat blade at 0.5 mm/min (Instron). Retention was tested by cementing stainless steel cylinders (6.2 mm diameter) using the 6 cements into corresponding milled metal retainers designed with 50 Micron cement space. (n= 6 /group). Cemented cylinders were pushed out in compression (Instron) and stress at cement failure was calculated. ANOVA and Tukey multiple comparison tests were used for analysis (P<.05).

Conclusion: Tested self-adhesive resin cements exhibited relatively low bonds to dentin except for Multilink (with priming). Retention values ranging from 40.8 to 54.46 MPa were not significantly different except for BisCem at 78 MPa.

METHODOLOGY: A total of 44 extracted human single-rooted teeth were randomly divided in four groups and restored using glass-fibre posts and the following luting agents: All Bond SE/Duo-Link (ABSE), All Bond 3/Duo-Link (AB3), BisCem (BC), Clearfil ED primer II/Clearfil Esthetic Cement (CLF). One week after luting, the samples were thermocycled in water, and then embedded in acrylic resin. Three sections (cervical, middle and apical) of 2 mm thickness were prepared from each specimen, and the post in each section was subjected to a push-out test. One additional specimen for each group was prepared for scanning electron microscopy analysis and the bonding effectiveness to dentine was assessed. The data were analysed using the Kolmogorov-Smirnov test, two-way anova, one-way anova, and the Scheffe test (P < 0.05).

RESULTS: The push-out bond strength values for BC and ABSE were not significantly different (P > 0.05), but both were significantly higher than the means for AB3 and CLF (P < 0.05) in the cervical and middle regions. The same trend was observed in the apical region, except for the AB3 and ABSE which were not significantly different (P > 0.05) from each other. There were significant differences in bond strength amongst root thirds, with a reduction in values from the cervical to apical third (P < 0.05).

CONCLUSIONS: The use of BisCem and All Bond SE/Duo-Link combination with their simplified application procedures may be considered an alternative to the currently used systems for luting glass-fibre posts in root canal.

Summary:
"The current experiment indicates that BisCem revealed higher bond strength values compared with all other materials tested, even after thermocycling. Although self-adhesive cements were unable to demineralize/dissolve the smear layer completely and no evidence of a hybrid layer and resin tags were observed, good adaptation and continuity with root dentine was reported (Goracci et al. 2005, Monticelli et al. 2008). This finding is in agreement with the results of the present study as shown by SEM examination."

The author speculates that the lower bonding performance of All Bond 3 and Duo-Link combination may be attributed to the high initial ethanol content (90%) of All Bond 3 adhesive system (Material Safety Data Sheet: All Bond 3, 2008; Bisco, Inc, Schaumburg, IL, USA). Additionally, the etch and rinse technique can be sensitive and the whole concept of wet bonding is subjective regarding preferred levels of moisture and how to achieve those levels (Van Meerbeek et al. 2005, Pashley et al. 2007, Wang et al. 2007).

If total-etch adhesives are used for this application, care must be taken to fully rinse the etchant and remove the adhesive solvent prior to cementation.

Additional References:
“No evaluators reported any post-cementation sensitivity or dislodgements. Not runny. Highest bond strength on enamel at 24 hours.”

“The uniformity of the mix is excellent and the viscosity allows passive seating of the restoration. The cement stacks well and maintains its placement. The opaque shade is very dense and the translucent shade very clear.”